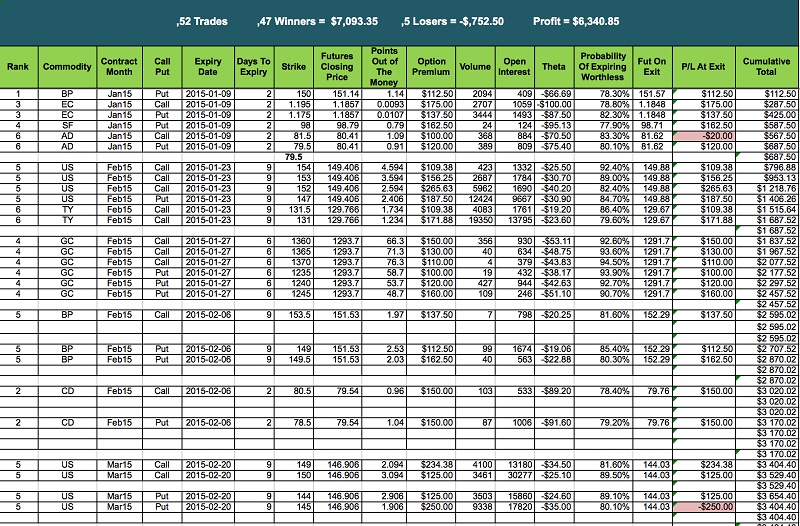 Note that only part of the report is shown above. We do not expect you to understand the meaning of all of the columns in the report and it is too much to explain here. It is part of the reason you need to attend a two-day seminar. What is important is contained in the first row of the report.

The important thing to note here is the probability of success in a trade! (Fourth-last column) In our trading business we are pitched against the best of Traders out there and against massive investment companies. We need something that will give us an edge over the rest of the market. We need something to differentiate us, to change the game, to tilt the odds into our favour. Otherwise we will just become part of the "many someone's" that loose to the big players..

Is compiled every week on a Thursday and is available for download. The report is compiled using a certain set of parameters entered into the Matrix Plus. This is but one of the functions available through the Matrix Plus. Using your own copy of the software you are of course able to change any of the parameters, or add additional criteria to suit your needs, etc.